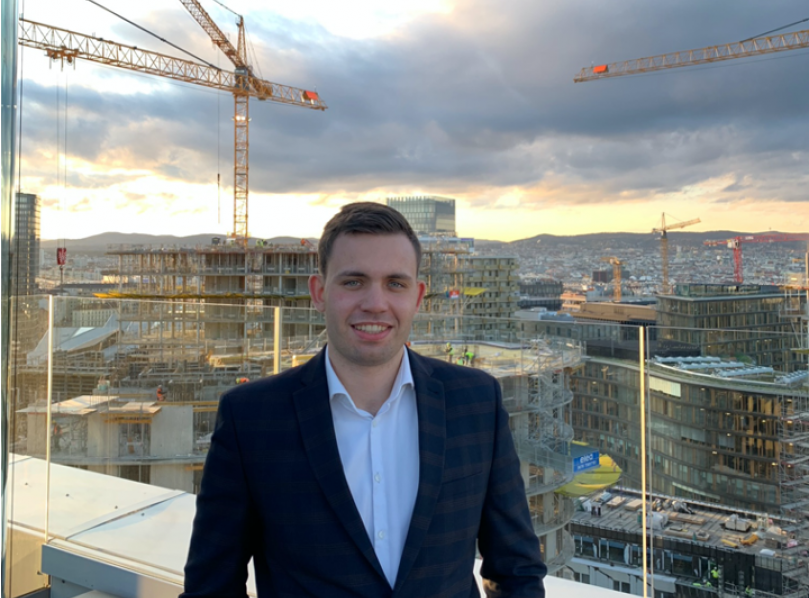 Vladimirs Juzenko is no stranger to the twists and turns along the road to a successful career. Since discovering his passion for hospitality while bartending in England, his journey has led him all over the world and spanned across multiple industries. After graduating from his studies in Switzerland and landing a high-end career in hotel development in Slovenia, Vladimirs has gone on to start his own international holding company, Connect Baltic Group, specializing in the import and exportation of medical products.

We had the chance to catch up with him and discover how his studies have guided him along the path of his enviable career growth. 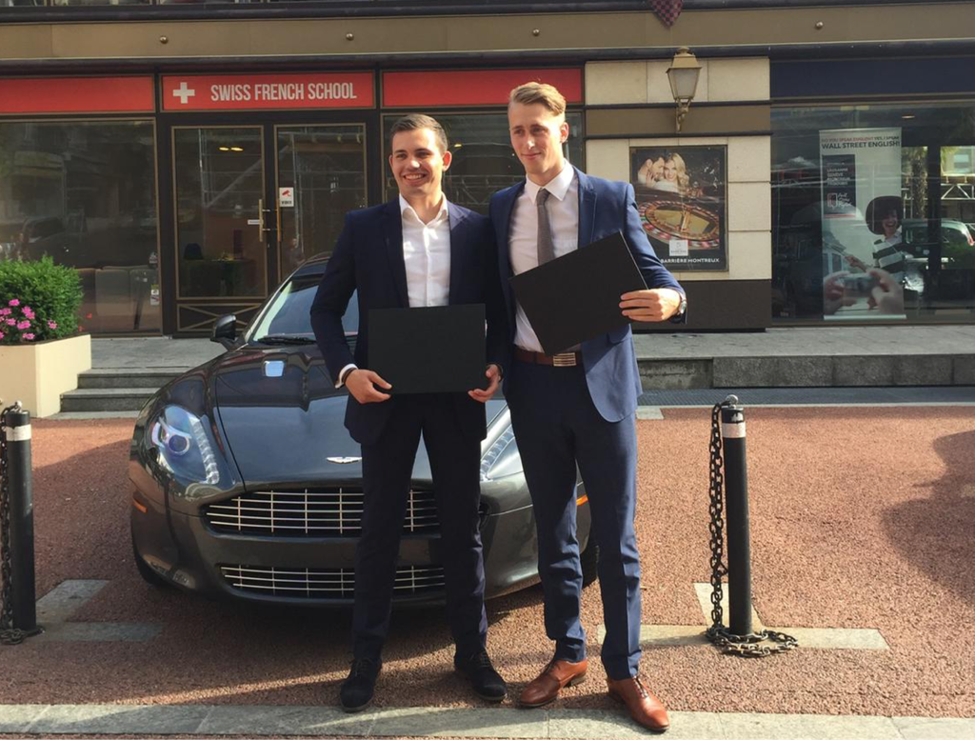 We’re reaching that time of year where high school students have to make big decisions about what and where to study… how did you end up choosing hospitality?

I remember when I graduated high school, I didn't have a clear direction on what to do next. All I knew was that I wanted to go abroad. I took a gap year after high school and went to England to improve my English. While I was there, I’d study English intensively in the mornings and work at a bar in the evenings. It was a great way to both improve my language skills and meet all sorts of interesting people. This was where my passion for hospitality first started to develop.

Choosing where to study became easy.

My backup plan before this was to study engineering or architecture, following in the footsteps of my family. But this newfound interest in hospitality inspired me to aim for a career in hotel development, which is, in a way, a combination of engineering, architecture, and hospitality. When I chose to study hospitality, it was because I saw it early on as a doorway into a career in hotel development.

What are the most valuable tools that HIM equipped you with?

The most important thing is teamwork. No matter where you go in life, I guarantee that being a team player is what will elevate your career.

HIM also helped me gain self-discipline. Students’ appearance is extremely important. We had to always be on time, well-groomed, wear black shoes with matching socks, things like that. They held us to high standards, and that’s something you carry with you.

You learn a lot from the classes. The most exciting class for me was Finance and Statistics. We had great professors, who were able to explain the topics well. Learning even the most complicated subjects was a great experience, and I use the knowledge I gained in business operations to this day.

No matter where you go in life, I guarantee that being a team player is what will elevate your career.

I also learned a lot from the internships. During these, you learn to be very detail-oriented and gain practical skills. I got some great internships. The first one was in Kempinski Hotels as a Guest Relations Agent in Russia. Afterward, I was offered a second internship in Riga, where I took a management trainee role during a hotel opening period. I got to oversee all the preparations and make sure every single detail was taken care of. This led to me landing the position of Business Development Manager at Mogotel Hotel Group in 2018. That’s how my career in hotel development kicked off.

You landed some serious roles very young. Do you feel like you had to prove yourself more because of your age?

It’s funny, when I joined Mogotel Hotel Group, I went to a meeting about hotel development in Slovenia. There I met with some partners I had previously only communicated via emails or on the phone. There were around eight people in the room, discussing business development and when I entered, everyone was so confused. We had already gone far on the deal via emails, but they had a hard time associating me with the person they’d been communicating with. I was only 22 at the time.

In this field, it is very unusual for a young person like me to enter such a major established business. However, I found that most people appreciate hearing fresh ideas you can offer as a young person. 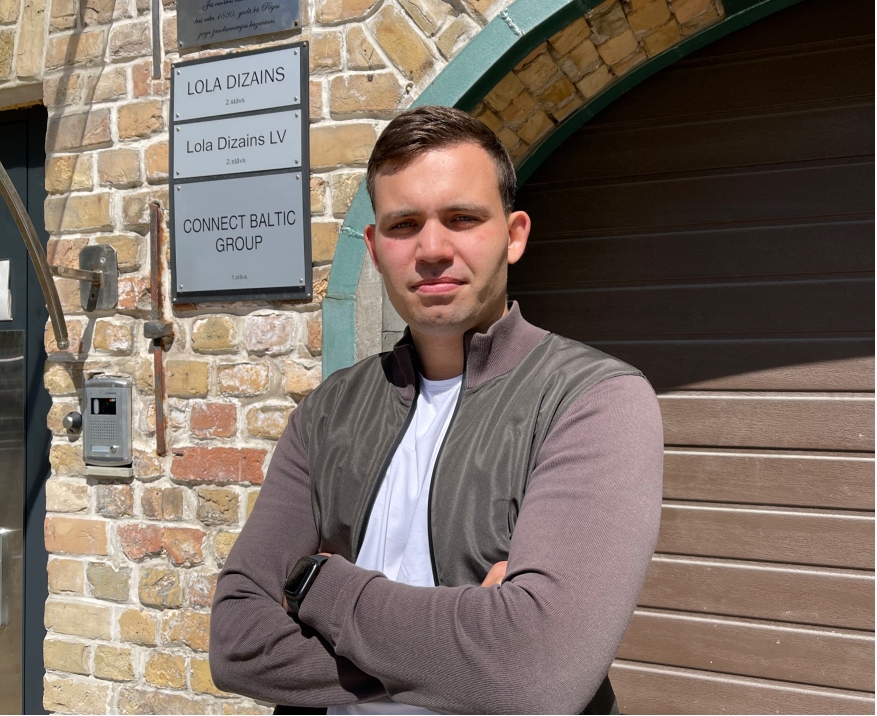 What led you to make the shift from hospitality to the health sector?

At the beginning of the pandemic, we knew there was going to be a decline in new hotel openings for the next two or three years. We also noticed an opportunity and started supplying medical equipment for all Baltic states. In a few months, we made an okay turnover and I decided to leave the Mogotel company to focus on our business full time.

We don’t feel the need to limit ourselves to only one sector.

The health sector wasn’t my specialty, but it is not like we were diving blindly into unfamiliar territory. We were working a lot, learning a lot, googling a lot. We live in a time where you can quickly learn what you need. There is no secret success story here. My partner and I are always monitoring the market, talking to people from different fields, and looking for new opportunities.

And we don’t feel the need to limit ourselves to only one sector. In addition to medical equipment, we now import and export wholesale goods as well, not only in the Baltics but also in the Scandinavian market. Moreover, we launched Connect Baltic Advisory, which is a legal and financial advisory for small businesses here in the Baltics. We have our e-shop for medical devices, drugs, and more.

My hospitality background might actually have helped me when it came to landing our first clients. This was really tough, to be honest. Because we were so new, many people were skeptical, especially since the other players in the health sector were well established. Gaining trust is very hard. I still feel like it was a miracle, but since in hospitality you have to connect well with people, I might have had an advantage.

Looking back, do you think your studies at HIM paid off?  What advice would you give to the people thinking of studying at HIM?

Absolutely. To be honest, my time at HIM completely changed my mindset. It taught me a lot not only about hospitality but other industries as well. Very few people are highly educated in the field of hospitality, especially with a Swiss degree. It gave me an extraordinary advantage and the opportunity to kick off my career at a very young age.

Education does not guarantee you anything in life. What it does, though, is open doors for you. And then it is up to you where you take your career.

Studying in Switzerland is one of the most exciting and unique experiences you can have. Make sure to have a plan for your future and select your internships carefully as they are going to influence your future greatly. Other than that, enjoy every moment, use every opportunity to network, as you will meet people from all over the world, and of course, enjoy the nature of Switzerland.

Learn more about our academic programs by downloading our free brochure.