Much is said about Generation Z, the newest generation to enter tertiary education and the workforce. But how do they view themselves, and how do they feel about the way they are perceived by older generations? Lecturer Claire Jollain turned to her students for answers. 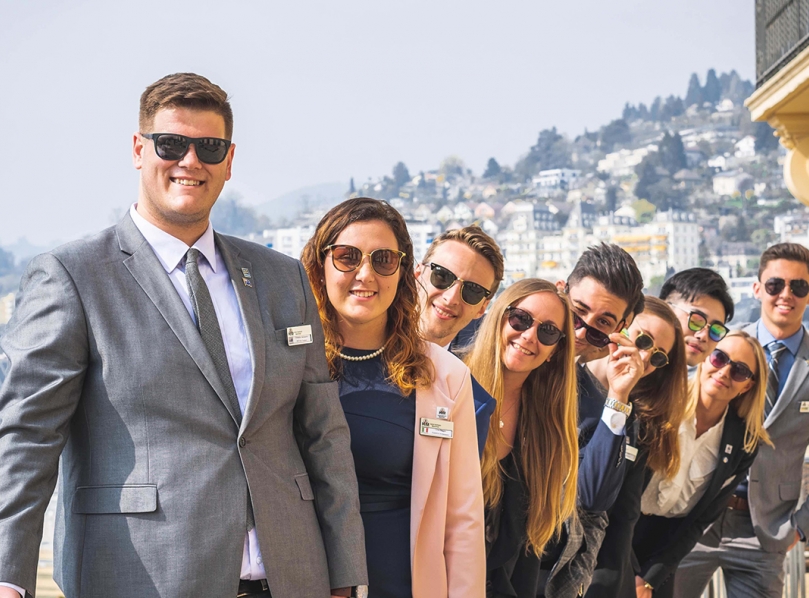 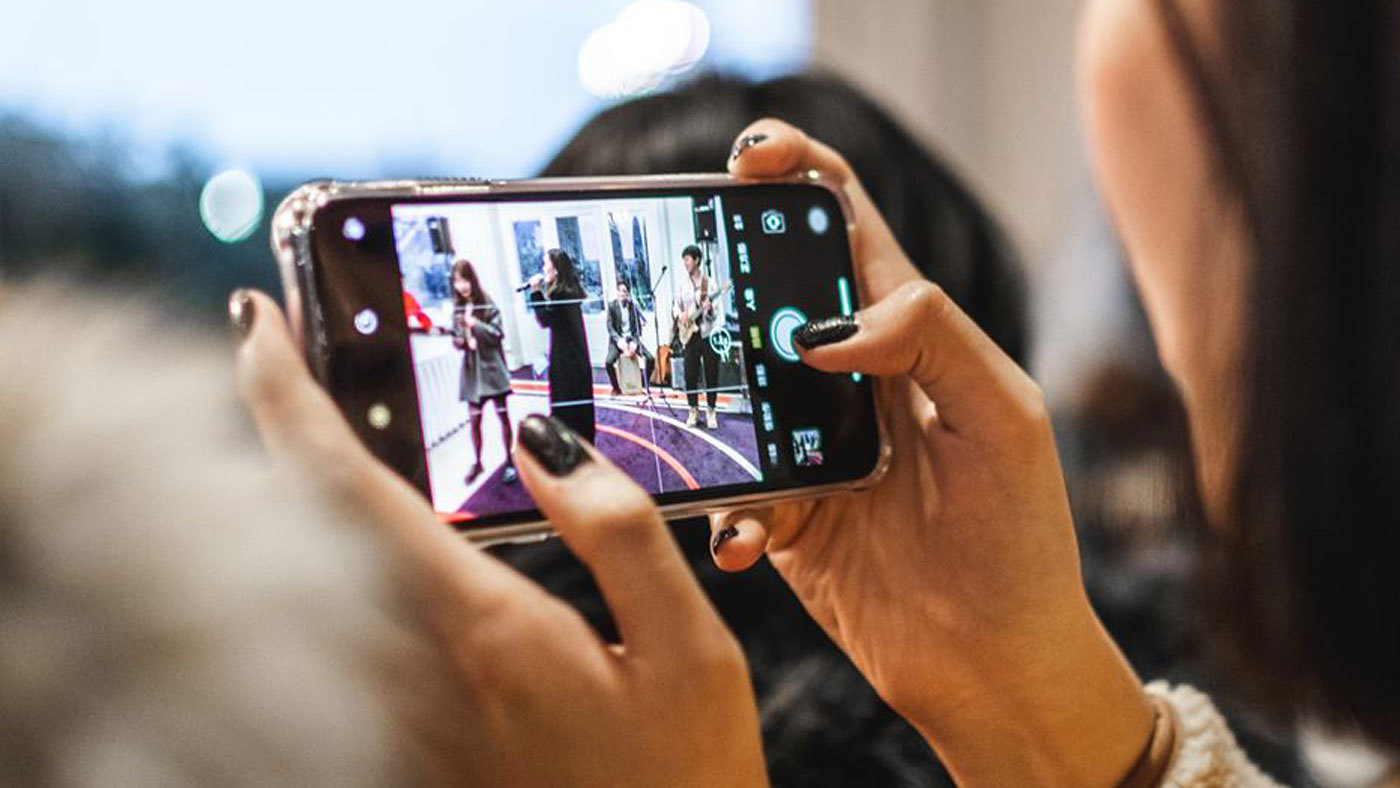 In 2019, my digital marketing students began writing blog posts to explain their generation to future recruiters. Before embarking on this academic project, I encouraged the students to read studies about Gen Z – broadly defined as people born between 1997 and 2012 – and to outline if they agree or disagree with what is said about them, and why.

The best blog posts were published, and we now have more than 50 posts written by bachelor's and master's students from 27 different countries. Here’s what they had to say, and what I learned about the truths and misconceptions about their generation:

The first thing students learned when doing their research is that most of the studies around Gen Z come to negative conclusions about them: they are considered asocial, addicted to technology, and lazy. Teachers claim they are unable to take notes; recruiters criticize their lack of professionalism, and supervisors think that they aren’t hard workers. When I saw my students’ reactions to these criticisms, I felt annoyed on their behalf: is this really the right way to welcome a new generation that will have to solve dramatic issues like climate change?

While my students admit they rely a lot on technology and that one of their biggest fears is losing Wi-Fi access, they also explain that they hate emails and prefer face-to-face communication. I liked Christine’s comment about teachers who try to engage students with YouTube videos. She wrote: “In today’s world lecturers think that when the class is boring, displaying a video on a screen will catch our attention. However, the truth is that if we were not engaged in the beginning, there is no video on the internet that will make our brains process or even retain the information they want to transmit.”

In nearly all of the blogs, students say that finding a suitable job is their main priority and concern, as they are aware of how competitive the job market is. When they read that they lack professionalism, they retort by questioning the professionalism of companies who don’t respond to queries around the availability of positions, or who don’t provide feedback after a job interview. How can we ask them to apply certain courtesies when companies don’t?

In her blog post, Lynn expressed her disdain: “We don’t understand how some companies grade people based on a piece of paper! For me, it’s like judging its book by its cover – and we all know we shouldn’t.”

Many students say they started small businesses in high school, and it is clear that being an entrepreneur is very much on Gen Z’s bucket list. While some of their perceptions around entering the work force are flawed, a large number of students, like Oliver, expressed concern about being creatively stifled: “I am absolutely terrified by the fact that I could one day work in an office cubical. This world doesn’t allow creativity.”

2. They are looking for meaning everywhere

Bombarded with information, it has been shown that Gen Z’s attention span is less than 10 seconds. Does this mean they are not interested in anything or that, on the contrary, they are trying to filter everything with a common goal: to make sense of it!

As Caroline points out, it isn’t that her generation isn’t able to focus, they just think and absorb information differently: “Just because we prefer to hear the news from a quick video rather than a newspaper doesn’t mean we have no attention span, just like wearing jeans to the office rather than a suit doesn’t make Millennials lazy.”

Indeed, access to new modes of communication has structurally changed the way this new generation communicates. They must sort through all this data, make choices, understand what is important, and what is less important. In this regard, Josefin says we have the responsibility to guide this generation that ultimately consumes the technology we created. She claims: “It is said that depression and low self-esteem is increasing in our society, and who is responsible for this? Generation Z needs guidance to help them find their own values and not get lost on the way. They need role models. Older generations are responsible of helping them on their way to success.”

Expectations of the workplace have changed too. Even if most of them appreciated their internship experiences at global hotel chains, what they value the most is “to be recognized and appreciated”, explains Joao. “We don’t want to work for big corporations, we don’t want to be a number. We value small environments where everyone knows each other and where everyone’s voice impacts general decision-making.”

Far more than titles and money, this generation is in constant search for self-actualization, as is evident in these observations from Francesco. They clearly don’t like to be told what to do. They want to try and sometimes to fail by themselves. “Gen Z wants to do what they feel is right. It does not mean that we are not willing to change according to the feedback we receive. On the contrary, we want to be able to fail and see our mistakes in order to really understand why we are doing things in a certain way. When we learn something and it is recognized, we have a feeling of accomplishment that leads to higher personal productivity.”

Generation Z want leaders and not bosses, they look for role models and they value teachers’ commitment. What they value the most is hands-on experience, explains Linda. “Imagine a doctor. Would you say they know how to perform surgery if they’ve only read about it in books? Probably not. That’s why I wanted to gain hands-on experience throughout my studies.”

Post after post, one thing that surprised me the most is Generation Z’s ambivalence. On the one hand, Gen Z seems over-confident, believing that tomorrow’s world is going to be very different, and they will be the only ones able to navigate in this new environment. The catchy headlines on many of their blog posts spoke volumes:

“Gen Z in the workplace: We can change the rules of the game!” by Daniela

“Stop being pessimistic! “WE” will be more successful than “THEM” by Callisa

At the same time, however, they express their fears around terrorism, climate change and economic instability, and the state of the world that has been left for them to sort out by previous generations. As Ankita says: “My generation is up to date on all the news from around the world; we have seen and heard about the economic crisis and animals becoming endangered. We are a generation that actually cares about sustainability, as there might not be much left when we have children or grandchildren.”

Many draw the conclusion that certainty no longer exists, and that both global companies and countries can be destabilized very quickly and collapse.

4. Technology is a means, not an end

Most students see technology as an enabler, making the world of opportunity more accessible. As Tawfiq points out: “I am a Jordanian student studying in Switzerland, looking for internship opportunities in North America. 20 years ago, this would have been impossible.”

He says technology offers more opportunities than barriers and rejects the opinion that Gen Z is distracted by screens and unable to focus at work. It isn’t just Tariq who feels this way, all the students who wrote these blog posts refused to be defined only because of their access, knowledge, or addiction to technology. As Jervis says, technology is a mean to go further, faster and better! “Our generation is hungry for improvement and driven by curiosity. What has happened in past generations will be completely altered by Generation Z, as we will make huge world improvements, choose clean food over fast food, emphasize diversity, and create things that may be currently unimaginable for you.”

Older generations might spotlight Gen Z’s lack of patience and see them as flitting from one trend to another, but as Mitsue pointed out, she was born into a world that is constantly moving and changing. “I know that we want everything RIGHT NOW, but this is what we are used to. With all the advances in technology we don’t even need to wait to download any type of files, like past generations. For us everything happens fast, and everything is in our hands.” 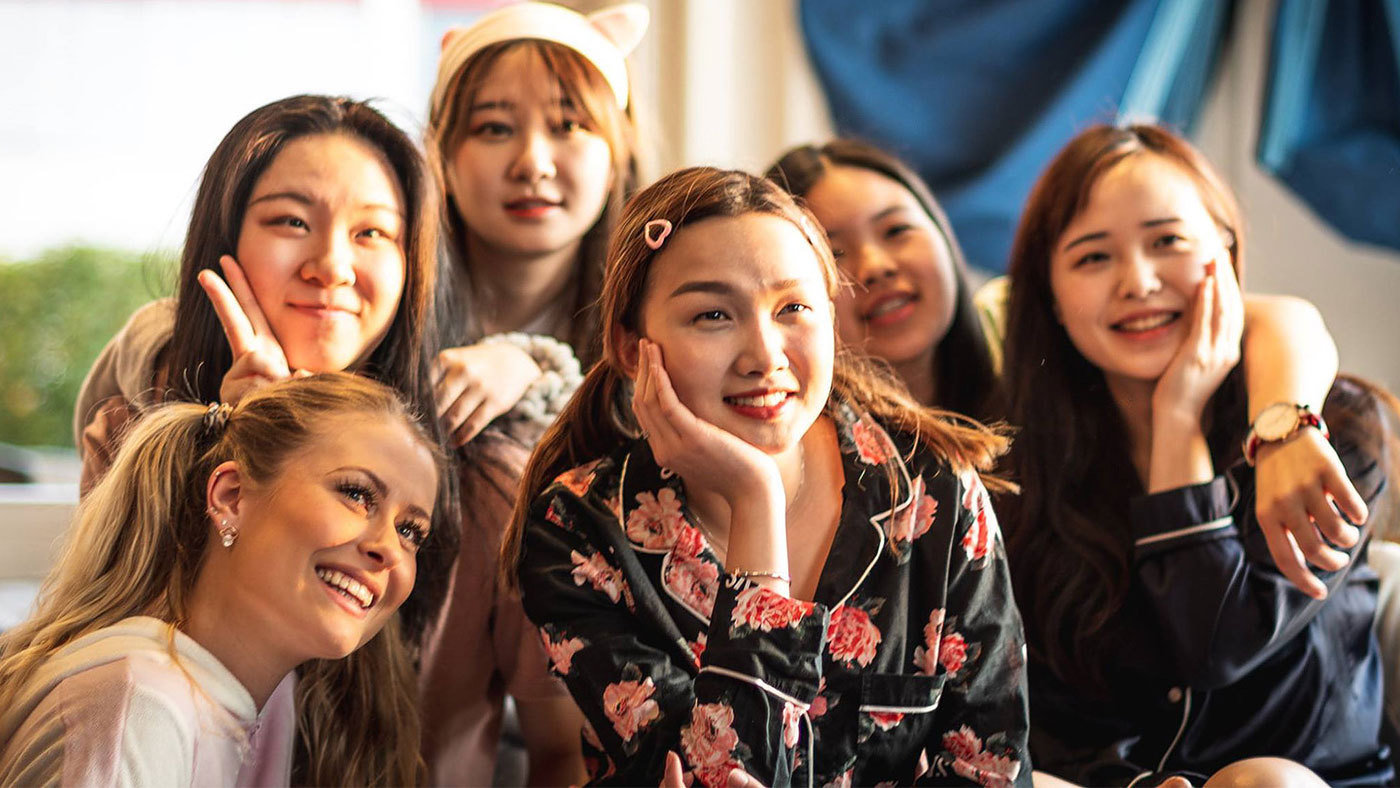